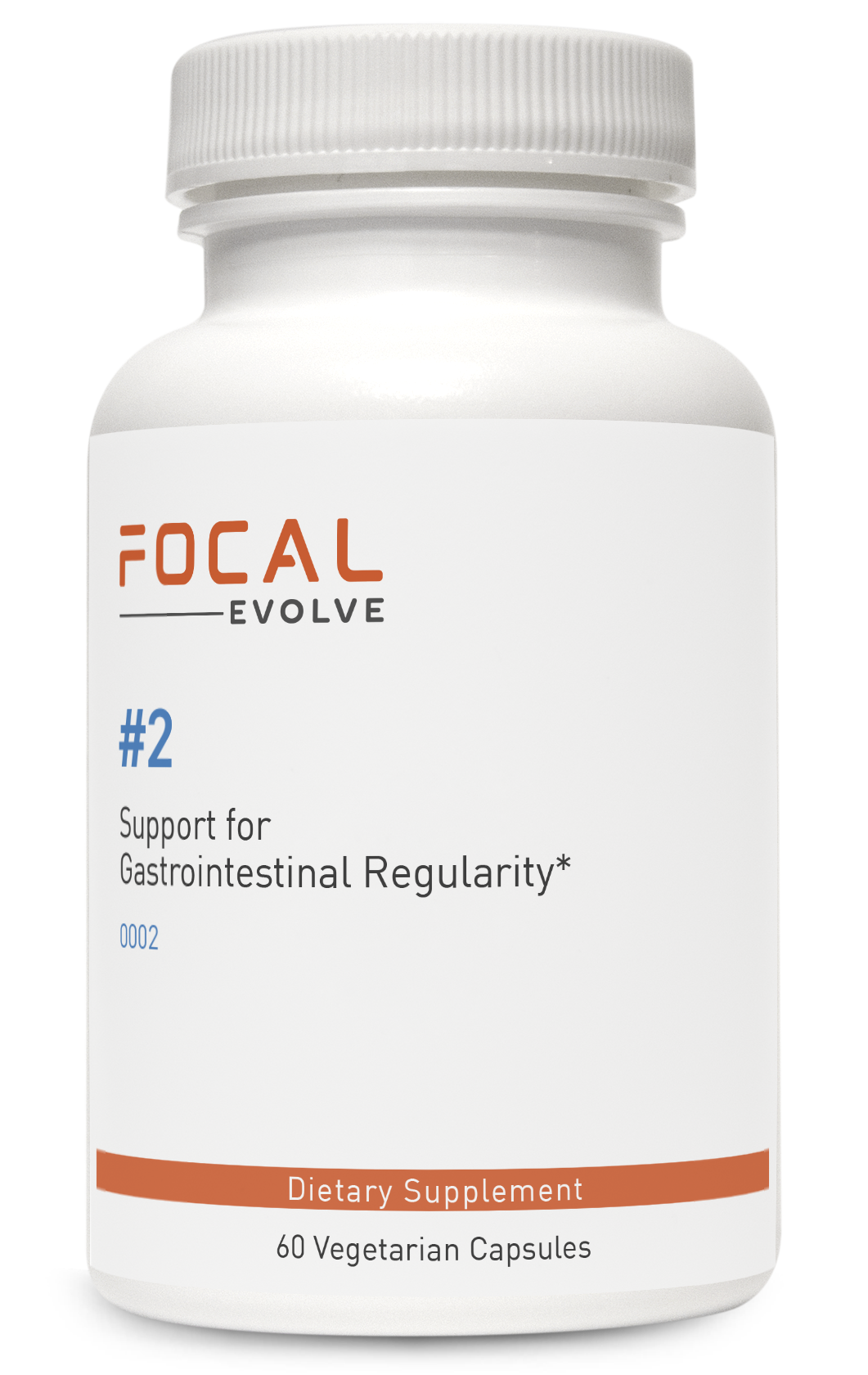 #2 addresses an issue of universal importance: gastrointestinal (GI) health. GI regularity and function is vital to physiological balance and overall well-being. How well the body digests, assimilates, and eliminates metabolic fuel and metabolic waste determines health at the cellular level. Toxins that enter the body must be detoxified and their metabolites must exit the body. Gastrointestinal elimination plays a major role in detoxification by expelling the remnants of toxic molecules. If these harmful remnants are not eliminated, they can recirculate throughout the body.*

Magnesium Magnesium citrate, the type of magnesium in #2, is used for colonoscopy preparation. Chosen for its promotion of muscle relaxation and effective elimination of feces through the bowel, magnesium citrate is also highly bioavailable.[1] It should be noted that particular forms of magnesium may be absorbed differently. Please note that while magnesium citrate is best suited to support gastrointestinal elimination, the patented amino acid chelates such as the lysyl glycinate and dimagnesium malate chelates in Aduco, LLC’s Magnesium Chelate formula are designed to be bioavailable and easily absorbed.*

As a macromineral, magnesium supports cell, tissue, and organ function and participates in over 300 metabolic reactions in the body. This essential mineral plays a pivotal role in energy-producing reactions, detoxification, muscle and nerve function, and skeletal structure. Magnesium can readily become depleted due to inadequate intake, poor absorption, excessive losses, and drug-induced nutrient depletions.*

Cape Aloe (Aloe ferox) Cape Aloe has a long history of use in South Africa and continues to be closely studied for its valuable attributes, specifically how it supports GI regularity. The herb is ideally used in the short term to support the elimination of feces and subsequently the elimination of toxins. Recent research suggests that Cape Aloe supports gastrointestinal regularity and is well tolerated. Administration of the herb in animals showed no negative toxicological effects at doses of up to 200 mg/kg body weight over a seven-day period.*

Triphala Triphala comprises three sour, astringent fruits: Emblica officinalis (amla), Terminalia belerica (behada), and Terminalia chebula (harada). This tannin-rich herbal compound has been used traditionally for supporting digestion, assimilation, and elimination. Triphala is considered to be a cornerstone of the art and practice of Ayurveda, and it is used throughout India in herbal products. Modern-day clinical trials have confirmed the benefits of traditional uses of triphala, especially gastrointestinal support. Researchers indicated that triphala positively supports appetite, GI health, and rejuvenation.*

#2 is intended for short-term use only and should never be consumed during pregnancy. Follow directions and label cautions carefully.*