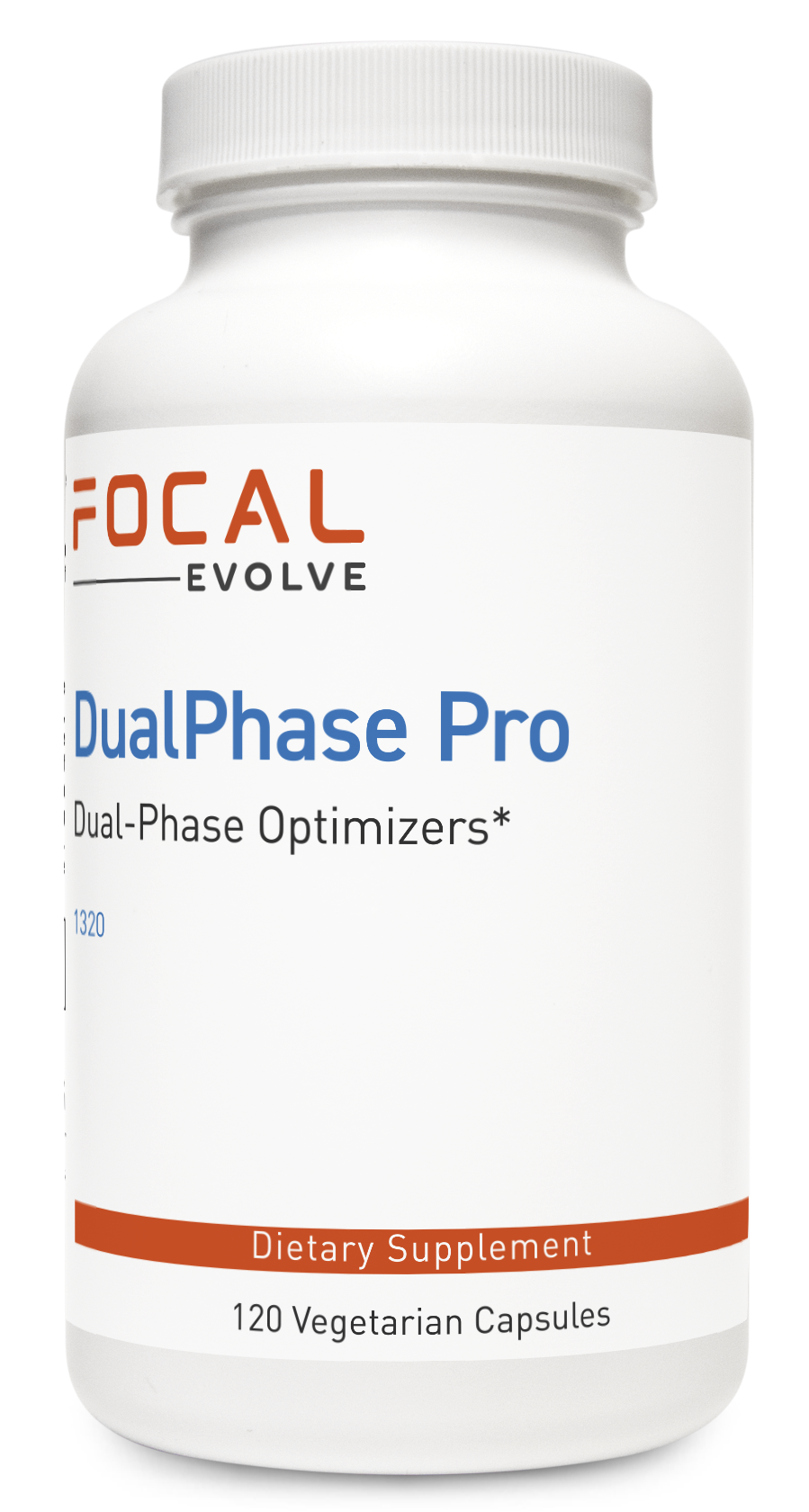 The term “Dual-Phase Optimizers” refers to those substances with the ability to simultaneously influence and “optimize” the activity of certain phase I and phase II detoxification enzyme systems. Optimizers generally upregulate or induce phase II enzymes; however, optimizing phase I enzymes may mean downregulating them, without totally inhibiting them, when they are too high. Dual-phase optimizers may further balance the phases of detoxification by supporting antioxidant defense systems and binding free radicals formed between the two phases.*

Examples of dual-phase optimizers in DualPhase Pro include ellagic acid from pomegranate, catechins from green tea extract, and glucosinolates from watercress powder. Ellagic acid induces phase II enzymes at the gene level and ensures these are not over-induced by modulation of CYP1A (cytochrome P450 1A) activities. In addition, ellagic acid can bind directly to DNA to protect it and can also bind directly to some toxic substances to promote their excretion. The catechins in green tea support antioxidant activity and may bind directly to toxic substances as well, performing dual functions during detoxification. When toxic substances are encountered, catechins modulate detoxification by limiting phase I enzyme production. Glucosinolates are precursors to isothiocyanates. Watercress, in particular, is metabolized by gut flora into phenylethyl isothiocyanate (PEITC), which, like the other ingredients above, can selectively inhibit phase I enzymes and induce the activities of phase II enzymes.*

Liver detoxification is further supported with the inclusion of silymarin (milk thistle seed extract), artichoke leaf extract, and alpha-lipoic acid, all of which are selected for their hepatoprotective properties. These key players also promote glutathione production and assist with antioxidant protection.*