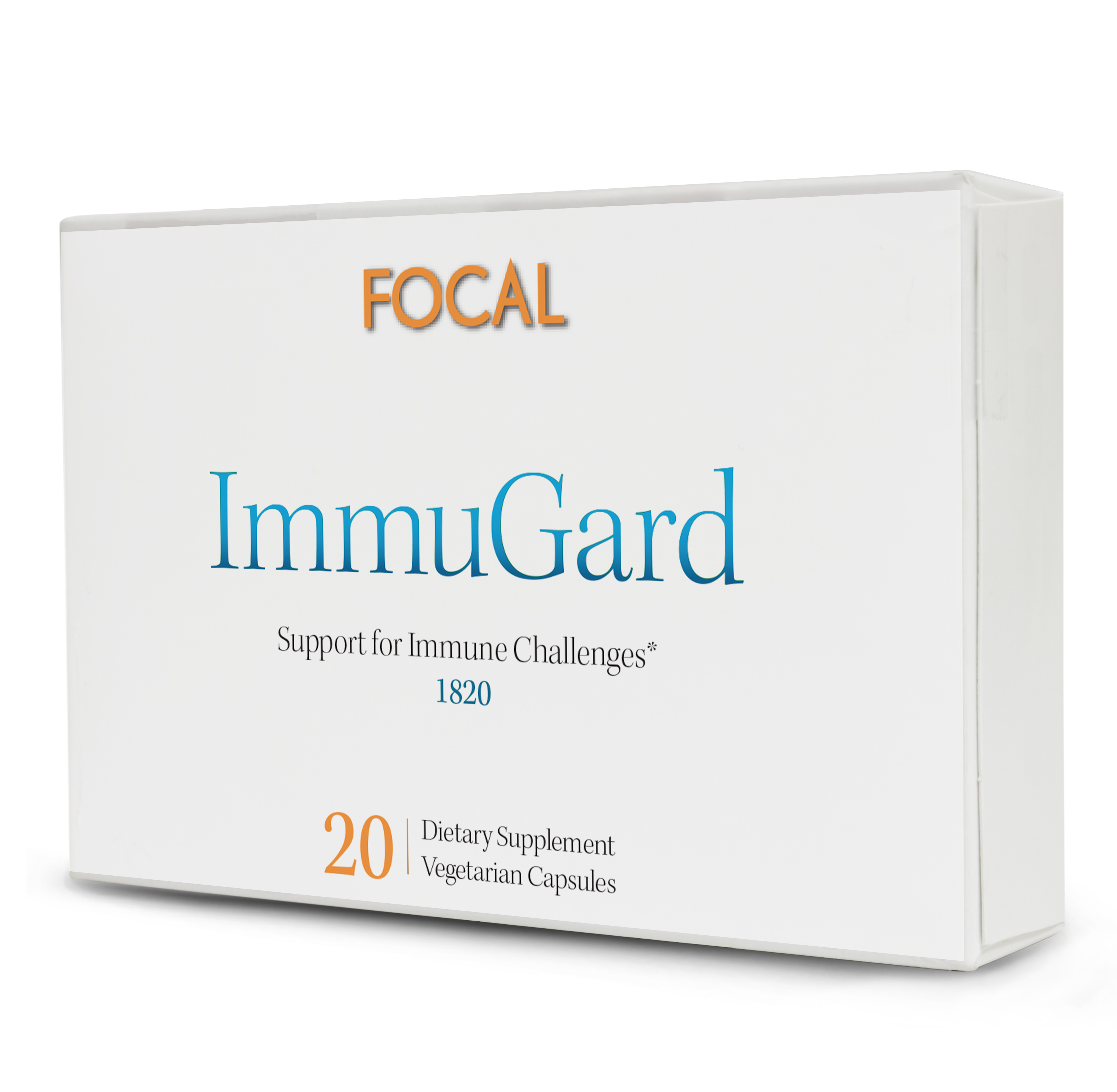 Immune Guard is a patented blend of decaffeinated compounds from green tea standardized to 20% epigallocatechin-3-gallate (EGCG) and L-theanine, a combination that has been demonstrated to support immune system health. A randomized, double-blind, placebo-controlled study followed healthy adult subjects (n = 120) for a twelve-week period during the winter and into the spring months. Each subject recorded in a daily log any symptoms that indicated reduced immune health. Blood samples were analyzed for assessment of immune function parameters, including gamma delta T cell proliferation and gamma interferon secretion. Immune Guard resulted in a 28% increase in gamma delta T cell proliferation and secreted 26% more interferon gamma in response to gamma delta T cell antigens when compared to placebo. This increase in immune health markers corresponded with a decreased incidence of immune-related symptoms recorded by 30% of the study group.*

An additional study of the effect of Immune Guard on immune health was conducted with healthcare workers as subjects (n = 197) over a five-month period during the winter months. Volunteers were given either placebo or six capsules/day (378 mg/day of green tea catechins and 210 mg/day of theanine). The occurrence of clinically confirmed diagnoses was significantly reduced in the treatment group when compared to placebo.*

Many of the beneficial effects of green tea are dose-dependent, and most Americans are not willing to consume the necessary 5-10 cups of the tea daily to gain its advantages. The health benefits of green tea are derived from a group of phytochemicals known as polyphenols. Polyphenols in fresh green tea leaves are present as catechins, which can be isolated to yield the key beneficial constituents. The dominant and most biologically active among the catechins, (-)-epigallocatechin-3-gallate (EGCG), has been shown to induce expression of the enzymes that protect a wide variety of cells against oxidative stress and to exhibit an immunomodulatory effect in addition to other benefits.*

L-theanine, an amino acid found in green tea, is catabolized to ethylamine, a molecule that specifically activates human gamma delta T-lymphocytes to proliferate and make interferon gamma, a powerful antimicrobial cytokine. There is ample evidence that supports the role of gamma delta T cells as a first-line immune defense mechanism.*

Elderberry has a long history of traditional use in promoting immune and respiratory health. Additionally, the antioxidant activity of elderberry extracts has been evaluated in a number of studies, all suggesting a meaningful level of activity. Elderberry fruit and leaves contain numerous co mpounds thought to have immune-priming effects and provide support against opportunistic microbes. Several double-blind placebo-controlled studies using standardized elderberry extracts in the test groups have yielded positive results, including lessened duration and severity of immune-related symptoms.*

The immune health benefits of extracts from the leaf or fruit of the olive tree date back hundreds of years, including documented use during the Spanish/Latin American wars of independence in the early 1800s, for promoting the health of soldiers returning from tropical colonies. The bitter phenolic compound oleuropein was identified decades later as one of the key health-promoting components. Hydroxytyrosol and tyrosol, along with other polyphenols with beneficial activity, have also been identified. Since then, Olea europaea has been studied for an array of healthful attributes including antioxidant properties and effective immune support against opportunistic microbes.*

In a randomized, controlled, double-blind, crossover human trial, investigators studied the effect of olive oil on mucosal immune status over a three-week period. Hypercholesterolemic subjects (n = 10) were given three different samples that varied in amount and type of phenolic compounds. Ingestion of the sample with the highest amount of hydroxytyrosol derivatives (8.49 PC/kg) yielded increased intestinal immunity markers (fecal immunoglobulin A (IgA) and IgA-coated bacteria) and increased plasma levels of C-reactive protein (CRP), yet lower levels did not show a significant effect. These results indicate that immune system stimulation occurred with very high doses of olive oil phenolic compounds.*

NOTE: Calcium must be declared on a label when present at greater than 2% Daily Value. Calcium carbonate is an excipient used in ImmuGard as a densifier; it does not contribute to the formula’s intended function.