This event has already happened

Join us for a brand new webinar with Dr. Dale White!

If you register but cannot attend, you will be the first to receive the recording - but we hope you'll be there! 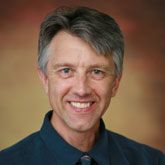 Dale White is a California State licensed acupuncturist in clinical practice since 1990.  He has served diverse patient populations of the San Francisco and North Bay areas including HIV positive patients during the AIDS epidemic.  He has practiced extensively with neurological rehabilitation and chronic pain patients both privately and in a medical hospital.  In the last several years, his clinical focus has shifted to the epidemics of Lyme Disease, Chronic Inflammatory Response Syndrome and Autoimmune Disorders.

Dale did his undergraduate studies in Pre-Med and mathematics at The Evergreen State College and Seattle Central Community College in Washington State.

He attained his Masters in Traditional Chinese Medicine from the American College of TCM in San Francisco in 1990 and Diplomate status with the National Board of Acupuncture Orthopedics in 1991.

He has certifications in Classical Japanese Meridian Therapy and Toyo Hari and studied with Japanese Masters such as Kobayahi Shoji, Ikeada Masakazu, Koei Kuwahara, and others.

He has additional certifications in Western Herbal Studies and Biological Detoxification.  He has studied Homotoxicology, European Drainage Homeopathy, Darkfield Microscopy and German Biological Medicine in the tradition of Gunther Enerderlien.

In 2001 he began studies in Functional Medicine including blood chemistry, endocrinology, detoxification, and brain chemistry.

In 2015 all aspects of a varied and eclectic training and clinical practice came into simple clarity and focus when Dale began training with Dr. Christopher Shade, founder and chief scientist of Quicksilver Scientific.  Since then he has been a Clinical Consultant for Quicksilver Scientific providing physician education on test interpretation, products and protocols.